Multiple readers and writers are supported to persist data on disk. For earlier versions of Couchbase Server, each server instance had only single disk reader and writer threads.

When server nodes are upgraded, the multiple readers and writers setting is implemented with bucket restart and warmup. In this case, install the new node, add it to the cluster, and edit the existing bucket setting for readers and writers.

The multi-threaded engine includes additional synchronization among threads that are accessing the same data cache to avoid conflicts. To maintain performance while avoiding conflicts over data, Couchbase Server uses a form of locking between threads and thread allocation among vBuckets with static partitioning.

When Couchbase Server creates multiple reader and writer threads, the server assesses a range of vBuckets for each thread and assigns each thread exclusively to certain vBuckets. With this static thread coordination, the server schedules threads so that only a single reader and single writer thread can access the same vBucket at any given time. The image shows six pre-allocated threads and two data Buckets. Each thread has the range of vBuckets that is statically partitioned for read and write access. 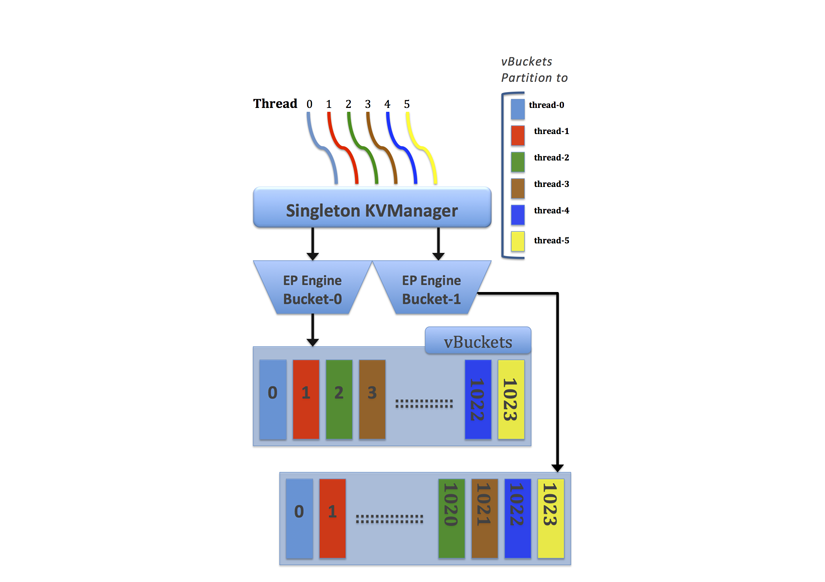